Just Do It: 5 Things I Learned Working For Nike

When I was a little kid, the first corporate logo I can vividly remember associating with a brand or emotion was Nike.

All the greatest athletes, entertainers, pop culture figures, and neighborhood hustlers could be seen rocking a pair of fresh kicks with the Swoosh on the side

(don’t refer to it as a “Nike check”. Seriously. It’s called a “Swoosh” and people have literally been fired from the company for calling it a “check”).

The first pair of shoes I remember owning was a pair of Air Maxes. My grandfather bought them in the U.S. and brought to Jamaica for me. I remember feeling like the freshest little dude in the world and you couldn’t tell me I wasn’t.

There was a joke I remember hearing a while back:

Luckily for me, just as I was getting ready to graduate high school, Nike was opening an outlet store. In the mall I’d been running around in since 4th grade.

When I got the news, I immediately went to apply. For the interview, sI howed up in my freshest professional outfit. I even swagged it out with a pair of Air Force One Mids with a black-outlined baby blue swoosh.

I ended up getting the job and I remember it being one of the happiest days of my life. At Nike I met people there that I’m still friends with to this day. I acquired an infinite amount of skills and knowledge that I’ll take with me for the rest of my life. I’ve worked for myself for basically a decade now. To this day, Nike is still the best job I’ve ever had.

Without further ado, here are 5 things I learned while working for Nike.

I was already a fan of Nike before becoming an employee, but once you start working for the company, it’s a different experience. Part of the orientation process is learning about Nike’s origin story, or should I say “Oregon Story”, where it all started with Phil Knight and Bill Bowerman.

You learn about the people, the product, and the process that helps it all come together. And there are levels. There’s a special employee in the Nike organization called an “Ekin”, named so because they know Nike “inside and outside, back to front”. They get to do some of the coolest jobs Nike has to offer and become the closest thing to a Guru within the company besides maybe the execs, athletes, and designers.

Establishing a strong company culture where employees understand the history, language, rituals, mission, & vision creates an environment where people truly buy in and take things to a new level.

I heard the story of how Phil Knight invented the first Nike Running Shoe and I couldn’t believe it. It was so simple, but that’s usually how the greatest things work. There’s genius in simplicity.

The moment to innovate and elevate, the universe conspires to help you, if you’re willing to pay attention to the signs and act quickly. Act where you are, with what you have, and do what you can.

Maybe the greatest thing Nike could’ve ever done was request a meeting with the young Michael Jordan. Nike was a shoe company that was known for running shoes after all, not basketball. Allegedly MJ originally wanted to sign with Adidas but took the meeting with Nike on his mother’s suggestion.

That meeting between Nike and Michael Jordan would change the footwear, fashion, and business landscape forever.

Nike was able to see an amazing, once-in-a-lifetime talent and align their brand with that excellence. Since then, they’ve done the same thing with athletes like Kobe, LeBron, Serena, and others. That’s what Nike represents, athletic excellence and excellence in the game of life.

Observing and aligning with talented people that have immense potential is a great way for you and them to grow and build something great together.

Representing excellence is one thing, but people don’t wear Nike shoes because they represent excellence. Their product actually is excellent.

Nike designs it’s footwear to serve one primary purpose: giving it’s athletes an advantage. That’s where form and function come in. When something is designed to serve a specific purpose, it becomes useful.

Nike takes it a step further because they also integrate beautiful, emotional, intriguing, and innovative design into their footwear.

When one wants to perform their best, it’s important to feel good. Part of feeling good is looking good. When you rock a pair of Nikes, you feel fresh and your performance represents that. Whether on the track, court, field, or in the club.

Nike easily has some of the best and most memorable marketing campaigns of all time. The way they are able to tap into pop culture, and in many ways shift and create pop culture is what sets Nike apart.

Setting yourself apart is the name of the game when it comes to marketing. Why should people know you? Why should they care?

Nike does a great job of getting your attention, telling great stories, and inspiring you to pull the best out of yourself, while entertaining you at the same time. Simply put, it’s marketing magic.

There probably isn’t a better slogan known to man than Nike’s “Just Do It”. It’s simple, catchy, and memorable, but that’s not where the magic in Nike’s signature slogan lies.

The magic lies in the fact that it’s one of the realest statements you can say to yourself or anyone else.

When you’re ready to make excuses, procrastinate, slack off etc. you have to just quiet those voices and tell yourself “Just f*cking do it”.

You’re capable of more than you could ever imagine. Dig deep, rise up, and do what you need to do.

Stop waiting, doubting, and whatever else you’re doing to keep yourself from excelling to the next level.

Write it down, set a deadline, lock in, and Just F*cking Do It

Thank you all for reading.

P.S. Fitness is a big part of my life so I’ve actually just launched some workout and leisure gear that has another one of my favorite phrases on it ‘Stay Dangerous’. Check it out in the relaunched online store.

‘Stay Dangerous’ is a quote I often say to myself when I’m sharpening my mind with a new book, adding more value by learning a new skill, or building strength by lifting in the gym. It’s all about being more “Dangerous” than the day before. 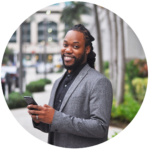